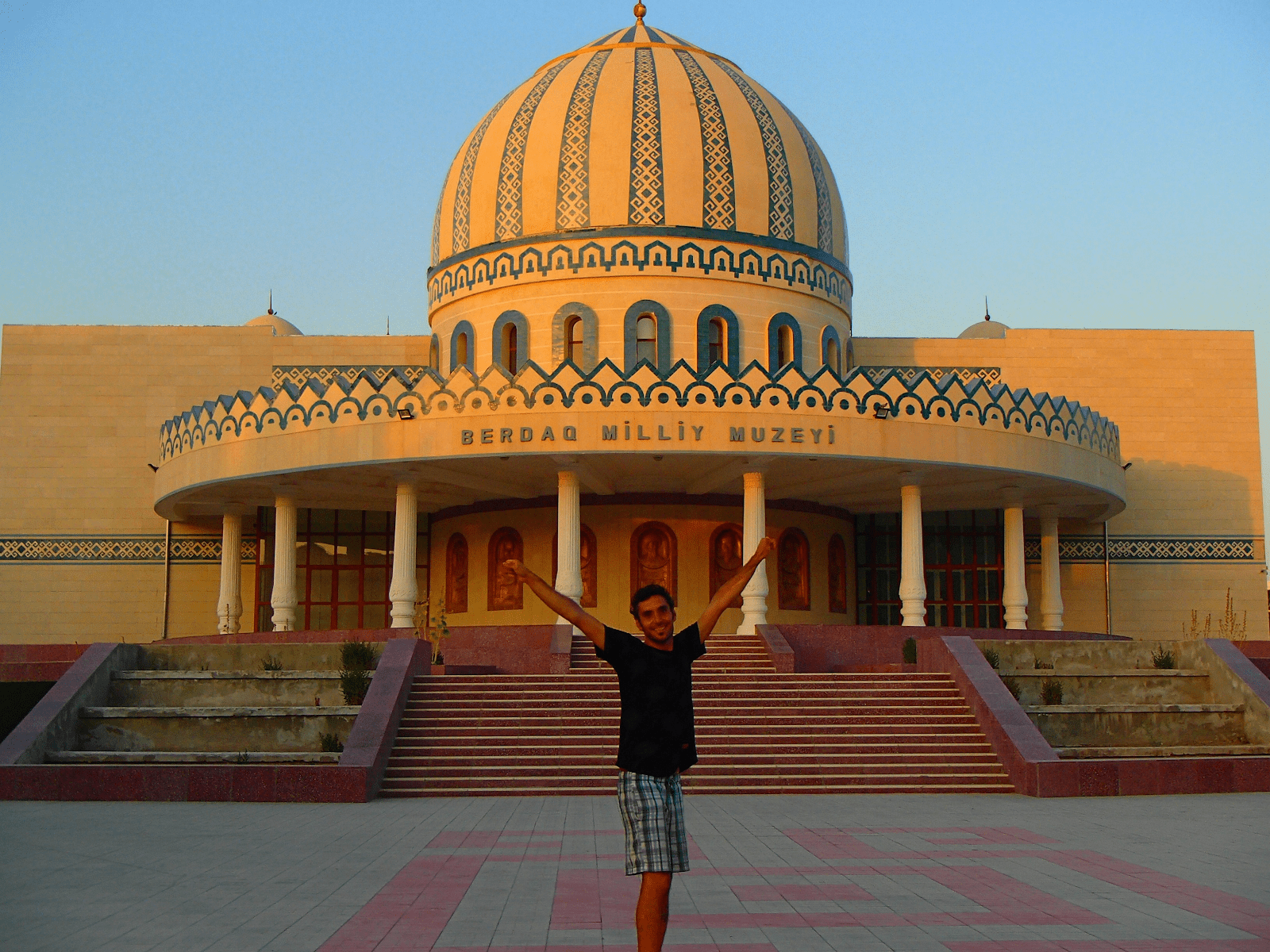 Around a year and a half ago I was wandering through a tiny village named Moynaq. Well, calling it ‘village’ is being quite generous as Moynaq is just a bit more than a desolated collection of dusty and shuttered houses in the Republic of Karakalpakstan…

Repeat after me: Karakalpakstan. It could be said to be the world’s least known republic and, while still not independent, it is autonomous and it might achieve its independence some time from now. Even though Karakalpakstan is part of Uzbekistan, its inhabitants do not call themselves Uzbeks, but Karakalpaks. In the Turkic languages spoken in the area, ‘Kara’ translates as ‘black’, and ‘kalpak’, as ‘hat’ So as from now, if saying Karakalpakstan is too hard, we can refer to it as ‘the republic of the people who wear black hats’.

As can be seen, the flag of Karakalpakstan is quite similar to that of Uzbekistan, and this is somehow logical given that its territory is part of said country. This is related to the diverse nationalities of the people that dwell in the zone: some ethnic groups managed to create their own states (for example, Tajiks were able to do so in Tajikistan; as well as Turkmens, in Turkmenistan), while other groups —due to different geopolitical, economic, and cultural reasons— were ‘absorbed’ by other larger ones (the Chechens, for instance, live in the Chechen Republic which, in turn, is part of Russia; the Pamiris inhabit the Gorno-Badakhshan Autonomous Province in Tajikistan; the Iraq Kurds are citizens of Iraq yet their territory enjoys really high levels of autonomy in relation with the central government). There are around 620,000 Karakalpaks around the globe (out of which, 500,000 live in Karakalpakstan). They are Sunni Muslims, share a Turkic origin, and speak their own language. They are believed to have arrived in the area around 400 years ago, and they have historically been known as a people who were devoted to fishing and shepherding. Taking a look at the photos below it is easy to notice their almond-shaped eyes, a trace of Mongolian features on their faces, the hardened skin of those inhabiting the steppe of Central Asia where the wind finds no obstacles, a lifetime riding on the saddle…

For those of you who might not yet quite understand how it is possible for a republic to exist within a country, I recommend clicking on this link to a thread I posted a long time ago (you’ll also learn about the existence of the Republic of Dagestan). But for now, let’s continue with our story; let’s go back to that moment in 2019 when I found myself rambling around the Karakalpak city of Moynaq.

In order to get there, I had taken a run-down bus from Nukus, the capital of Karakalpakstan. Its appearance is very Soviet-like: an organized clean town, with pompous buildings and open parks. Nonetheless, its suburbs are quite impoverished: just poor small shops, sheep walking down its dirt roads. In the wide and spacious central park, you can find the Igor Savitsky Museum, which is almost a uchronia in this place. We’re talking about a huge museum in the middle of a lost city located on the borders of what was once the Soviet Union. The museum was built as a result of a very particular situation: this man called Savitsky was an artist and a collector of avant-garde works that had been prohibited by the central power. For this reason, in order not to be found and to escape the censorship of Stalinism, he decided to escape to this remote far-away region —which, years later, would pay homage to him.

The day that I traveled from Nukus to Moynaq it was insufferably hot. It is impossible to find a single patch of shade in Karakalpakstan: everything is arid, desert-like, barren; there is dust-filled air surrounding it all. However, that is exactly why I was heading to this small village which is about 3 hours away by bus. For several thousands of years, the area was a highly fertile zone: the rivers would run through the land and flowed into a lake which was so large that it came to be named the Aral Sea. Yet one day, that sea disappeared. The shores of Moynaq, which used to be lapped by the fresh sea breeze, suddenly became a desert.

That was where I was headed to. To see desolaton. To see what happens to a place after its sea vanishes into thin air.

And still, does a sea just evaporate? The Aral Sea began forming approximately 20,000 years ago as a result of rivers Oxus and Jaxartes (also known as Syr-Darya and Amu-Darya, both waterways of Central Asia) flowing and pooling into a shallow depression in the ground. These bodies of water used to irrigate the land of this territory and that is how, as time went by, people started to arrive and settle down here, eager to enjoy the rain, the wind, to fish, and to have the chance to cool off in the river. Water drops used to bring life.

For a long time the Aral provided fish for Czarist Russia. Much of what was eaten in Saint Petersburg, Kazan or Minsk was fished out of this gigantic lake basin. In Moynaq, ships would set sail in the first hours of the morning only to return several days afterwards carrying their nets full of fish. Karakalpakstan was a dynamic thriving area which was full of movement and industrial trade. That was until the human hand decided to interfere with what nature had created.

In the 1930s, when Stalin had already become the fierce leader of the USSR, it was decided to change the course of the rivers by building canals. The objective was to develop the Soviet agriculture on a large scale by means of colossal works of infrastructure. There were other territories to the East of the current zone of Uzbekistan that had proven to be more convenient to sow cotton (people need warm clothes in the harsh Russian winters) but there was just not enough water in them. So that is how, little by little, both the Oxus and the Jaxartes began converging there as a result of human intervention, but also how the volume of water flowing into the Aral started decreasing progressively.

The East of Uzbekistan was the one territory to provide the whole Soviet Union with cotton (check out how beautiful the Fergana Valley —the ‘fertilized’ zone— is), and that was the reason why the Aral began to dry up. First it receded a few centimeters away from the shoreline, then it was some meters, and finally by the 1980s, in the place where seagulls had once shrieked, there was nothing left but sand. Moynaq died a slow death. What used to be a vibrant village in the region of Karakalpakstan became a dust-filled ghost town, the ruins of a glorious past.

After getting off the bus I started to walk into the blazing heat and the desert void. I was approximately fifteen blocks away from what is known as the ship cemetery. As I trudged down that mile I came across two children; one of them was wearing a t-shirt with the name of Argentinian footballer Paulo Dybala written on it. There was not a single open shop, just a small grocery that sold bread and candy (in Central Asia people usually eat a lot of it). Some elderly people were sauntering along the streets, hobbling with the aid of their sticks in the scorching sun. After a while I saw them. There they were, right down on the sandy horizon, amid shrubs and thorny bushes: the rusty and oxidized carcasses of the ships that not so long ago had left a wake in the surface of those crystal clear waters.

Ambling through the ship cemetery of Moynaq, I experienced a sensation I had seldom felt before. Think about it for a minute, step away from the whirlwinds of words. Close your eyes and think. How is it possible for a sea to dry up? This has not only happened in the USSR; it has also taken place in other regions of the world (for instance, there are several huge lakes in the US that exist no more today.) Have you ever been to the seaside? Have you ever soaked your feet in the ocean? Have you ever held a seashell to your ear? Now imagine a sea disappearing overnight, being reduced to mere sand… Though I did not cry, in Moynaq I could not help but feel a lump in my throat.

Why have I told you all of this? Well, because while searching for an interesting piece of news to write about, I bumped into an article that filled me with a bit of optimism. Little by little —and also as a consequence of human action— the rebirth of the Aral is beginning happen in what was once the coastline of Kazakhstan. It is growing slowly, it is still not considerable enough to be front-page news, but it is something. I was grinning as I read the whole text, wishing the inhabitants of Moynaq are able to see the sea return one day…

By the way, one last suggestion: google the history of the Vozrozhdeniya Island. You are going to get quite a surprise.

As for me, I’m leaving now, marching to the tune of some music from Karakalpakstan, as is only fitting. 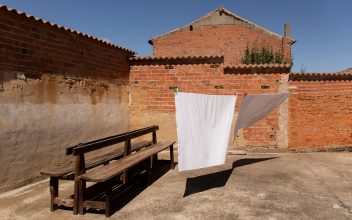 A photographic essay on the depopulation, senectitude and inertia floating in the Spanish town of Arenillas de Riopisuegra. 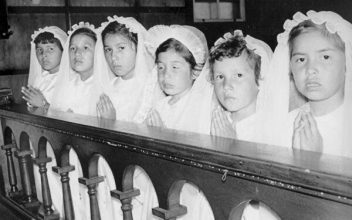 The residential schools in Canada

At the end of May, the remains of 215 children were found in an effort to uncover what happened in those years. Now, another 700 bodies have been found. 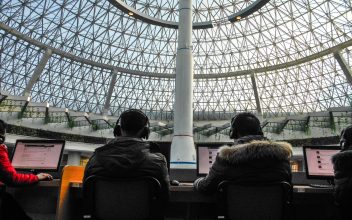 THIS IS HOW NORTH KOREA IS FINANCED

North Korea has invested millions in sustaining a threatening image for the West but receives help from the UN to feed its population. Its economy is submerged in illegality.